(Terry Deacon from The Diesel & Electric Preservation Group (registered charity) has shared with us his great story about restoring an old exhauster and returning ex-British Rail Locomotives back to service.)

In 2013, a requirement was identified to find a replacement for exhauster vanes used in our Ex British Rail Preserved Locomotives, consisting of Classes 14, 33, 35 and 47 all of which use a rotary Reavell exhauster to create a vacuum for the train braking system. Some of our locomotives have been in use for over fifty years including British Rail and preserved service on the WEST SOMERSET RAILWAY (Class 14 Diesel Hydraulic Locomotive) 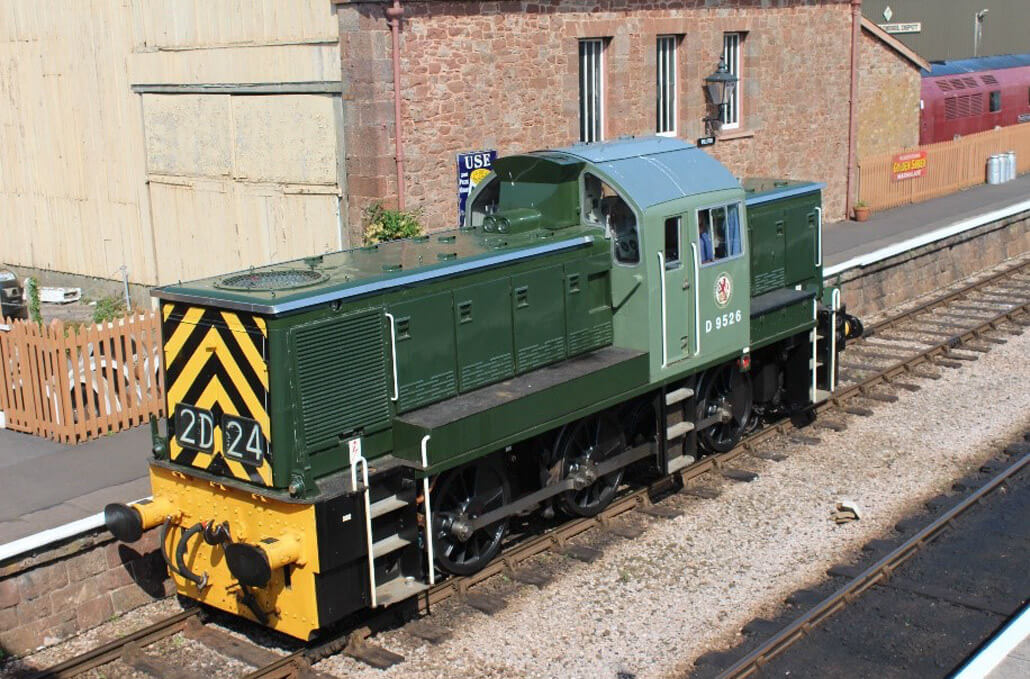 We have recently purchased another Class 14 0-6-0 locomotive, with a view to restoring it to running service and as a training example for up and coming apprentices. We had to acquire two Reavell exhausters to fit on this locomotive as the originals had been removed whilst in industrial (Coal Board) service.
Having acquired two replacement exhausters I stripped them down for an inspection and using a manufacturer’s manual found that the internal vanes had worn below their specified limits. 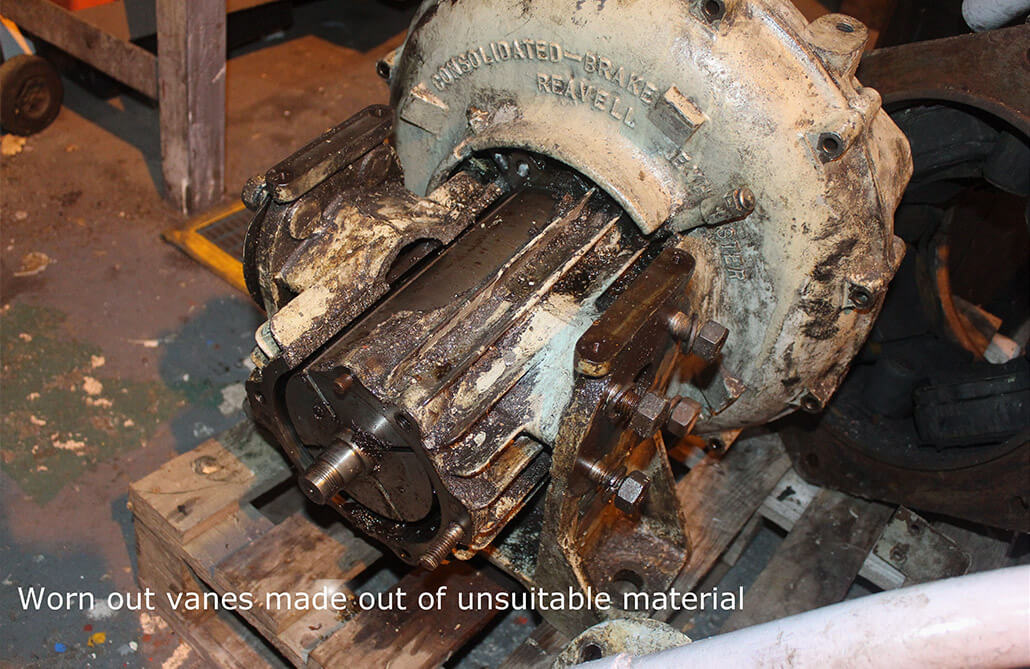 I was unable to find any suppliers of these exhauster vanes due to the fact they contain a substance with asbestos mixed into it. By 2015, I had tried many different material manufacturers and compared many different specifications, none of which would stand the temperature ranges and oil saturations involved in the operation of these exhausters. With help and guidance from a colleague from the engineering department of First Group – Great Western I was introduced to a company called Tenmat Ltd.

With help and assistance from their engineering department, Tenmat Ltd helped me to find the original Reavell drawings for the production and composition of the original exhauster vanes.It was noted that the vanes original material was an asbestos containing material which cannot be used anymore for obvious health risks. Under consultation with Tenmat, they advised me they had an alternative product, FEROFORM F57. I asked if they could make a trial set of vanes to the original dimensions taken from an unused spare vane I had acquired using this material.

On Delivery of the Tenmat manufactured vanes I fitted them to a previously prepared spare exhauster and tested them with help from colleagues at Williton Depot. With confidence building after the initial tests, I asked if we ( DEPG) could order a full required amount of vanes and was given the green light to order 4 sets (16 vanes in all).

These were duly manufactured by Tenmat and when they arrived one set was fitted to our test unit at Williton.

In April 2017 with temperature probes fitted and rev counters at hand I fixed up our battery bank and charger system, fitted the exhauster with a vacuum hose and gauge with a restrictor to draw a vacuum and ensure oil would be drawn into bearing and sealing surfaces.

As soon as the switch was thrown the exhauster created a suitable vacuum and continued to do so for a required amount of time. In May 2017 one of the exhausters on Hymek 7017 developed a fault. It was leaking oil, so we made the decision to fit my test exhauster in its place, so that the Locomotive could return to service.

This exhauster has now carried out some 130hrs of testing and in service use, during which I have recorded temperatures of up to 88 degrees Celsius. Having repaired the original exhauster – a leaking oil pipe, and inserted a replacement set of Tenmat vanes we have now reinstalled the original back into the Hymek D.7017 in readiness for the next operating season (2018). Meanwhile I have removed the test machine vanes and on visual inspection I cannot detect any wear or degradation of the contact surfaces. I will be doing some technical measuring in the near future.

The remainder of the batch ordered from Tenmat I have fitted to other exhausters on our fleet and all have been bench tested and worked exactly as required.

FEROFORM F57 is the industry standard material for oil-lubricated vacuum pumps, used by major manufacturers worldwide. This application of exhauster vanes for air brakes is not the primary application of FEROFORM F57, and shows the versatility and adaptability of both Tenmat and our products. we wish Terry and his team the best of luck with this project, and look forward to seeing these locomotives in operation for year to come.

Complete the form below to speak with a customer services representative or request a call back.